HTC AWARDED WITH THE XI PRIZE FEVES TO THE BUSINESS TRAJECTORY 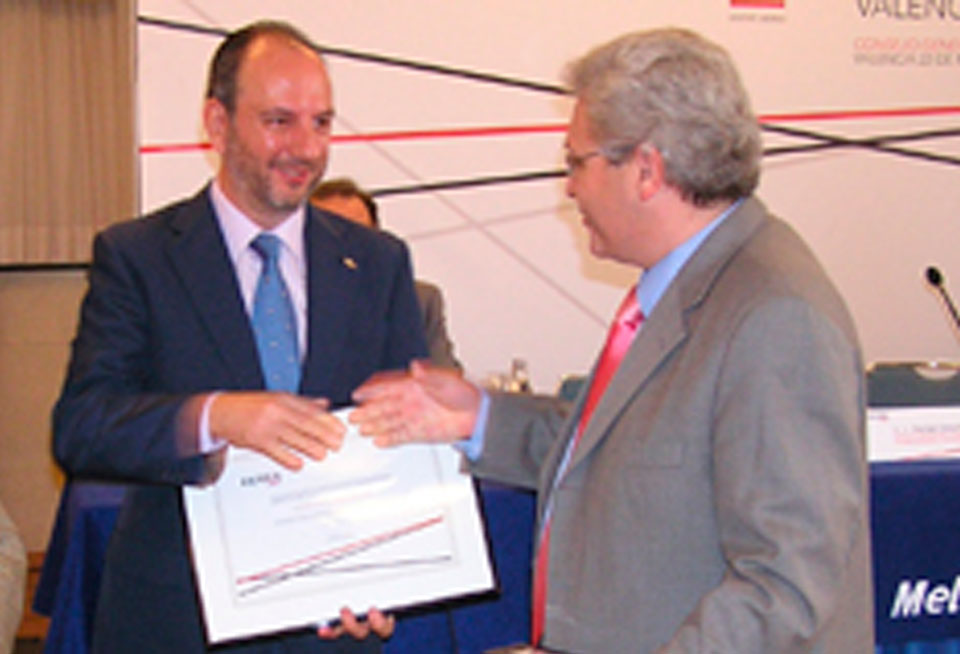 HTC awarded the XI Feves Prize to the Business trajectory in May 2008.

The Valencian Social Economy Business Association (FEVES Labor Societies) celebrated this Thursday its General Assembly in Valencia, in an act that was preceded by the awards ceremony of the XI Prize FEVES to the Business Trajectory that Hilaturas Textiles de Crevillente, and a lecture of the Cathedratic Professor at the Valencia’s Economics Faculty and Director of the Valencian Economical Research Institute (IVIE) Mr. Francisco Pérez, on the perspectives of the Spanish and Valencian Companies at the current moment of uncertainly and economical deceleration.

During the ceremony’s inauguration, the president of FEVES, Mr. Miguel Millana, said that in this time of crisis, “We have to put the Labor Societies at their highest potentiality”. To get it, as per Mr. Millana, we must support the work with the Public Powers, so that they can apply the necessary measurements that can benefit either the Companies in troubles and the ones that keep and increase their activity. 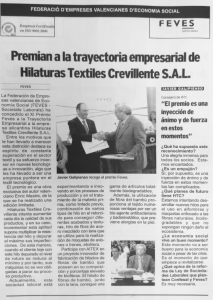 Millana referred as well the need to restore the access to the credits, which has been limited during the last months due to an important crisis of confidence by the financial system. On this, he asserted: “The economic entities must trust again in the entrepreneurial net”. However, the FEVES’ President concluded that we can see lately several positive elements that, commencing with the Banks, which are cleaning their own position, and because the European Union, specially Germany, keep an important economical dynamism. Therefore, Mr. Millana finished his speech encouraging the labor societies to increase their own confidence to face the difficulties of a situation of crisis that ca have caducity earlier than we could foresee in the beginning.

After the inauguration ceremony was delivered the XI FEVES Award to the Business trajectory to the Labor Company Hilaturas Textiles Crevillente, for its constant spirit to transform itself and its investing effort in new technologies and innovation. The Company, founded in 1990, to serve the rugs and carpets industry, has 29 employees and its premises occupies 5000 m2. The Factory spins 1.000.000 kg a year of a high quality yarn, i.e. totally clean and without breaks, with a high technology machines.